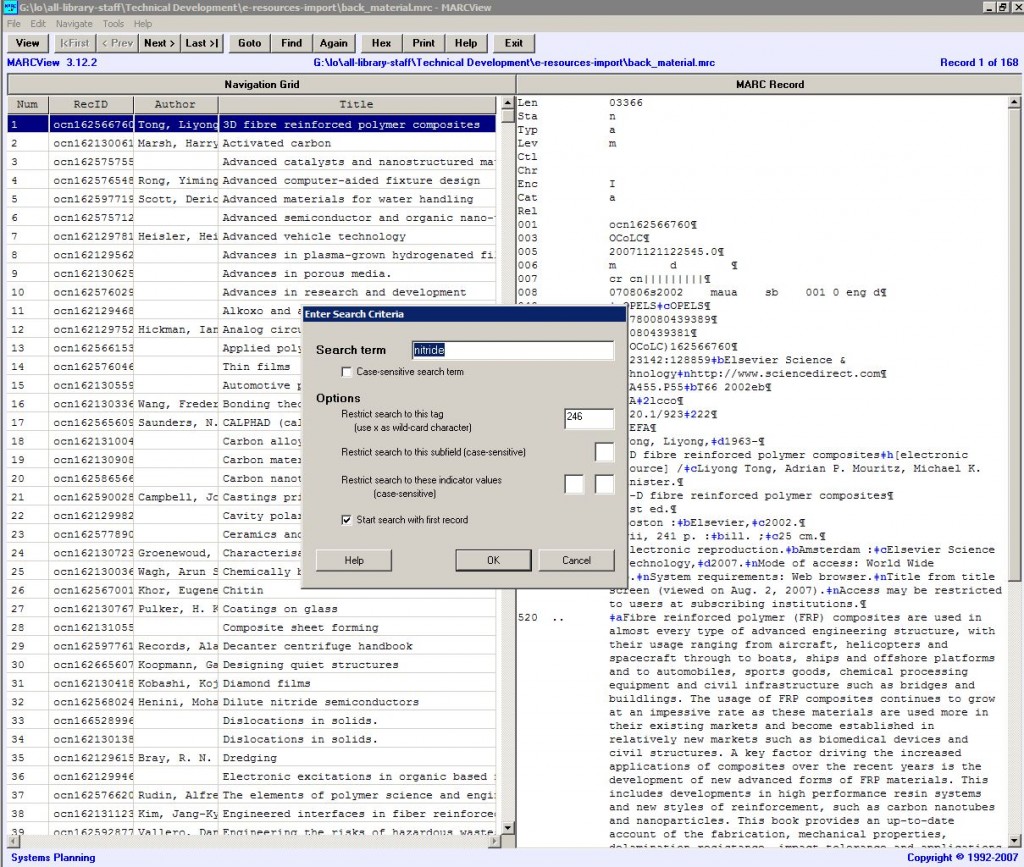 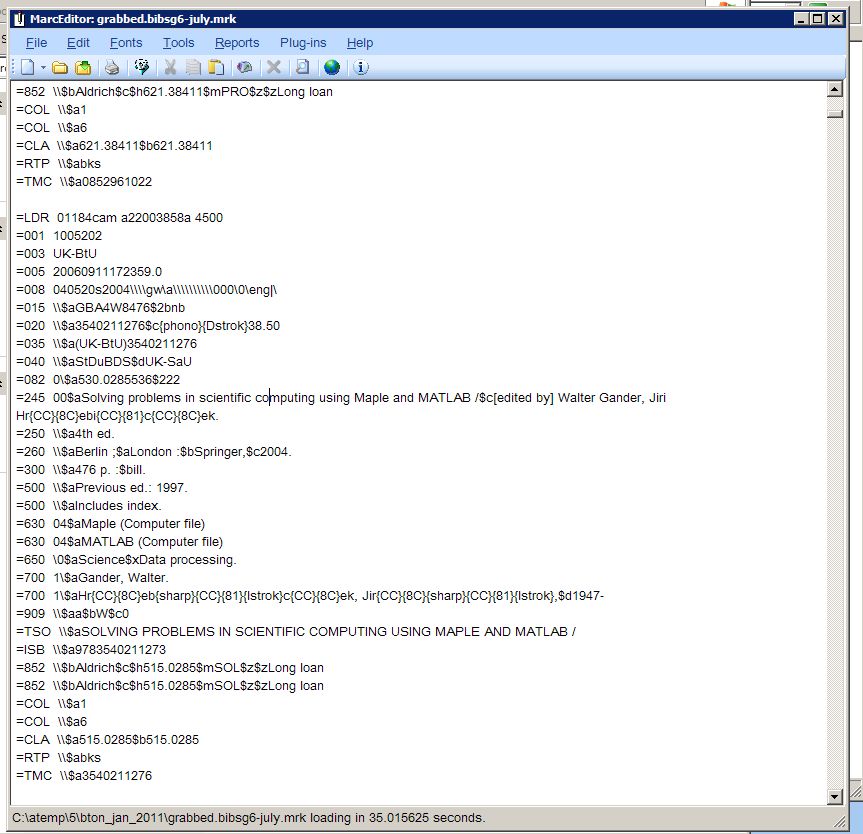 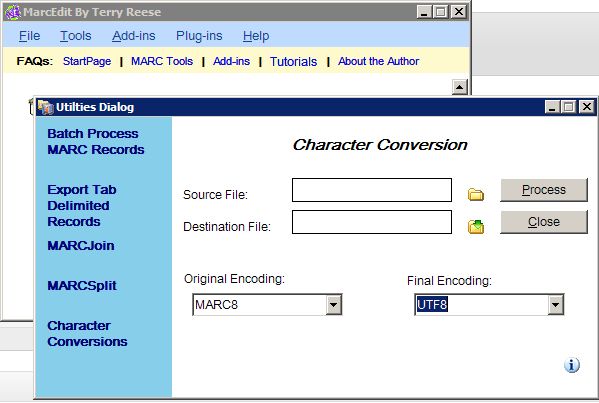 “Yes. I had actually already resolved the issue, and blogged about it, back in early May. ”

That’s quite impressive. Unless… you’re not a time traveller, are you?

Would it be possible for you to send a couple of sample records that you suspect as being MARC-8 to Anne Stacey please? Her email address takes the form firstname.lastname@capita.co.uk

MarcGrabber (and it’s shiny new replacement MarcGrab) should only send out UTF-8 as that’s what Alto uses internally. We haven’t had any issues with non Unicode records in Prism, so it would be good to get to the bottom of it.

If you’d like to see a lighthearted look at extracting data from MARC 21 I gave a presentation at the LDAL day at the British Library yesterday, slides are available here: http://www.slideshare.net/philjohn/linked-library-data-in-the-wild-8593328

Yes of course, happy to. will send it off